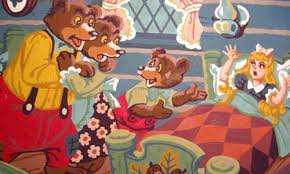 Whether you call them teams, committees, boards or task forces, we all know that groups outperform individuals. Teams do better not only because they put more people to work on a task, but also because their diverse skills and perspectives have a multiplying effect. Teams can also be too much of a good thing — the larger the team, the more effort and overhead it takes to keep people organized, involved and productive.

Researchers have studied these tough team tradeoffs for at least 150 years. A landmark study in the ‘70s found that a “Goldilocks” sized team, one that is not too small and not too big, is 4.6 people...which in the real world rounds up to 5. More recently, researchers at Bain found that after the 7th person in a decision-making group, each extra member reduces decision effectiveness by 10%. The broader consensus splits the difference with an ideal team size of about 6 people. At that point, personal and group performance is highest, and the complexity of running the team is still manageable. When it comes to decisions, none of us is smarter than six of us.

We can directly measure the benefits of team decision making using the Cloverpop business decision database. We've found that teams that range from 5 to 10 people can be equally successful by using good decision-making practices. On average, teams make better decisions 75% of the time, and teams rarely do worse than managers and executives deciding alone. Since decision-making drives business performance, that decision advantage goes straight to the bottom line.

But getting the right team size is only part of the answer. Unfocused discussions can slow down decisions even for right-sized teams. Team members bring their own biases and agendas to the process. Team leaders struggle to get buy-in for their decisions.

To boost your team’s performance, add discipline to the decision-making process with these three best practices for high performance teams:

1. Fill the right roles. If team members don’t know their roles, or if any roles are unfilled, then friction and frustration can grind team decision making to a halt. One of the most effective frameworks for making sure you have the right people on the team is called RAPID. Think of it as a checklist for making sure you have the bases covered. Who is Recommending alternatives? Who has to Agree to with the decision? Who is going to Perform the actions required? Who will give Input through critical facts and data? Who will make the final Decision? A similar and simpler framework called DACI (Driver, Approver, Contributor, Informed) is also very effective. People can play multiple roles to keep team size down, but if any roles are left unfilled, decision quality will suffer.

2. Get input separately, then share perspectives. Decision making teams have immense power to widen perspective — our research shows that in typical business settings decision-making teams triple the number of choices considered when they write their perspectives down independently. So before getting the team together, gather individual input from the team members by asking two questions: What are the important goals for the decision? What are the best realistic choices to meet these goals? Get it in writing to broaden input and level the playing field for people with different communication styles. Then share these perspectives with the entire team, and ask the group two questions: What stands out? What is missing?

3. Communicate what and why, and how they helped. Getting buy-in to act and support on a decision is as important as making a good decision in the first place. But real buy-in can’t happen unless we share the details of the decision (what was decided, who was involved, what other alternatives were considered) and the reasons for making it. Amazingly, this step is often glossed over. Sometimes we "forget" because we jump straight to pushing the decision into action. If we went with our gut in the moment, then we often try to rationalize the decision and others outside the team see that we are making up reasons after the fact. But since team decisions are usually high quality decisions, it's easier to broadly communicate the reasons behind them -- we just need the discipline to get into the habit. Communicating team decisions also gives us the opportunity to publicly show inclusion and alignment around the decision. This creates a feeling of fairness and boosts buy-in from other stakeholders even when decisions don't go their way.

How This Works In The Real World

Last year we had a tough decision to make. We had a group of partners who didn’t fit the successful new direction our company was heading. They’d been very helpful, and I felt uncomfortable leaving them behind. My gut reaction was to give them free access to our old product, as a thank you and to avoid the software engineering work required to end the program. But I knew the risks of deciding alone. So I followed these best practices by using our own product to get input and buy-in.

That was a very good move that saved me from making a very bad decision.

Our CTO thought we should end the program — it wasn’t worth the effort to maintain it. Our partner manager didn’t think the partners would be very upset if we ended it. Our advisors didn’t see big risks either way. But our lead engineer thought it was a good idea to keep it going and make it free since we might learn something new — and anyway, he’d built the partner product so it would be easy to end the program any time we wanted.

Getting these perspectives, it was immediately clear what to do. It was time to end the program. And the key insight came from our lead engineer, the one person who thought we should keep it going, when he pointed out that there was no engineering cost to end it, just a flip of a switch. Painfully, this decision meant he had to throw away a couple months of his own hard work. But since he was part of the decision from the start, he bought in quickly, and we made the change smoothly.

It is tough to lead decision-making teams. But bring the right people and the right process together, and you’ll win every time.

Want to improve your decision-making performance? Cloverpop is a decision app for business - easy-to-use, collaborative and based on decision science best practices. Imagine asking the right questions, making the right decisions and getting the right people bought in, every time. Get a demo today!