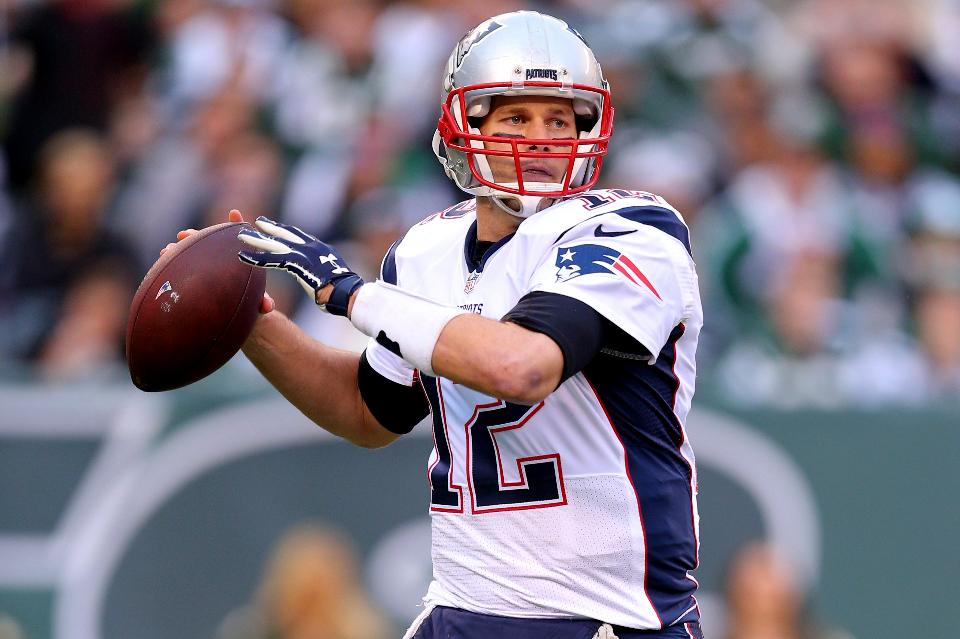 Love him or hate him, we can all learn something from Super Bowl champion Tom Brady. Not how to be calm in the pocket or the greatest quarterback of all time. But how to make better decisions at work. This isn’t a story of Tom Brady’s secret business or a dig at his preference for flabby footballs. It’s a story of how to tell when you have enough experience to really know what you’re doing, and when you don’t. When it comes to decision making at work, most of the time you're no Tom Brady. Here's what to do about it.

The First Decision Tells You Less Than Nothing
Tom Brady played in his first NFL game in 2000 for the Patriots, completing 1 of 3 passes for 6 yards. Spergon Wynn played for the Vikings in his first game that year, too, completing 2 of 5 passes for 15 yards. If they’d quit the next day, both could have bragged about playing in the NFL for the rest of their lives. Since they both lost, they’d have had losing records...but Spergon would have had bragging rights on yardage.

Most of the time when it comes to making business decisions, we are like Tom and Spergon circa 2000. We’ve been there before, once. In many circles, we can speak with authority because we’ve been there, and convince others we know what we’re talking about. We can even justify our confidence by pointing to a few anecdotes from the one time we were in a similar situation.

But facing a business decision one time doesn’t teach you much more than you can learn from a quarterback’s first football game. In fact, the next time you face a similar decision, prior experience can be downright damaging. When we say “I’ve faced this situation before,” after a single try, we’re saying a lot more about our overconfidence than about the depth of our experience. And that overconfidence means we’re more likely to ignore new information, lose the benefit of a beginner’s mind, and earn the nasty surprise of a bad outcome shoved in our grill.

After Ten to Twenty Times You’re Kinda Getting Somewhere
Now fast forward with Tom and Spergon to the end of 2001. After 10 games and 70 completed passes, Spergon was heading out of the NFL on his way to earning an MBA and becoming a successful commodities broker. After 20 games and 265 completions, Tom was hoisting his first Super Bowl trophy at age 24.

Now we’re getting somewhere. You can actually tell something about a quarterback after 10 to 20 games. For instance, the only Super Bowl winning QBs younger than Tom were Big Ben Roethlisberger and Dan the Man Marino. Pretty good company.

But if you’ve made that many similar decisions, and kept track of how they turned out, and seen the vast majority of them meet or beat expectations, then maybe you’re on the path to becoming the Tom Brady of that particular decision.

That’s proof the man knows what he is doing on the football field. If you’ve made 200+ similar decisions, kept track of their results, and beat expectations almost every time, then I stand corrected, you might be the Tom Brady of those decisions.

Somebody has to be the best there ever was. That might be you. And if Tom Brady wins on Sunday, maybe he’s it, too.

A Simple Table With Numbers In It
People are bad at estimating probabilities, which makes statistics really annoying for most of us. The Tom and Spergon problem is one way to think about what statisticians call sample size. Basically, the more games or decisions you measure, the better idea you have of how the next game or decision is going to turn out.

This simple table gives you an approximation of how to think about the next decision you face:

Last But Not Least, A Few Tips
The next time you start pounding the table because you faced this situation once before, remember Tom and Spergon.

Get other people involved in your decisions. They will bring their perspective and experience, and get you closer to feeling like you know a little and actually knowing quite a bit.

Find other examples of similar decisions and learn from them. Start keeping a record of the context and reasons for decisions at your company for future reference. Follow a checklist to make sure you’re taking the right steps to get to the best decision you can. And of course, Google for stories or advice from people who’ve been there before many times and can prove they’ve learned from the experience.

Cloverpop is of course also here to help. Our cloud app puts the smarts of behavioral science to work for you, streamlining decision making and letting you and your team make decisions twice as fast with half the meetings and 100 percent visibility. Tom Brady, if you're reading, we've got a special deal for you.

Finally, if you need commodities advice, I think you know where to go. Whoever wins the Super Bowl this year, one thing is for sure - when it comes to commodities, Tom is no Spergon.

High Performance Decision Making The Art and Science of Decisions

3 Decision-Making Strategies To Scale Agile At Your Company